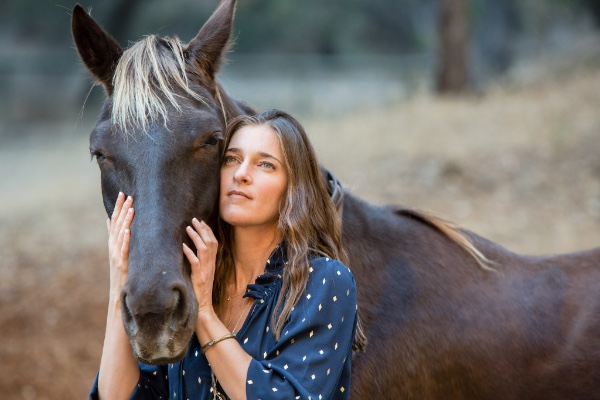 I’ve been witnessing an interesting pattern play out in myself lately. It goes something like this: anytime I get close to feeling sad or thinking that someone doesn’t care about my needs, I immediately kick into action and channel all of my energy into creation and doing. On the surface it looks like spectacular productivity, but deep down it’s me frantically trying to avoid feeling my own feelings, which in turn prevents me from listening deeply for what I actually want or need.

It seems that in response to the trauma I experienced at a young age, my subconscious mind developed this pattern to keep me from feeling the depth of my own sadness and isolation. Back then, it wasn’t productive or safe for me to lean into the full experience of my emotions. I was afraid that if I leaned into them, I would simply give up hope and eventually fall apart completely. So I learned to suppress my emotions by either focusing my energy into my work or staying busy with things like errands, cleaning, and exercising.  This became such a natural state I’m only just recognizing what a strong and pervasive coping pattern it is! I see similar patterns play out in so many of my clients too.

This witnessing reminded me of a horse that I used to work with named Black Jack. Black Jack was a beautiful black quarter horse who had been abused by his riders. Over time, he learned to do the one thing he had as a natural resource for self-defense—bolt at full speed. He bolted whenever humans were near and even if anyone could get him to hold still long enough to get on his back, once they were on, he would run off in a frenzy, promptly dumping his rider. This behavior earned him quite a reputation and his new handlers responded by treating him with even more aggression and discipline. Needless to say, this only made his behavior worse and reinforced his fear of humans. Remembering my work with Black Jack gave me great insights for how to transform my own pattern, and I’ve boiled them down into some easy steps below.

Step One: Create a safe space for presence and self-acceptance.

My first step with Black Jack, and with myself, was to create a safe space where the triggers, emotions, and reactions could surface but not be reinforced. Black Jack’s trigger was anything related to human beings, especially preparing him for a ride. I put him in a safe circular round pen where he could run, bolt, kick and snort as much as he needed to, while making sure to keep us both out of harm’s way.

My trigger was having a friend not show compassion in a situation where I felt unsafe. I decided to sit quietly with myself to inquire into my emotions and watch my desire to keep in constant action. For you the trigger might be a situation where you feel judged or unseen. Make a safe space to sit with yourself and simply notice what arises.

Step Two: Once you are triggered what do you do? Observe with curiosity rather than judgement.

Whenever you’re trigger, become aware of the emotions, reactions, patterns and coping strategies that arise. See if you can notice and observe them without judging or trying to change them. Maybe you feel numb, maybe you try to blame someone else or go into caretaking mode. See if you can create a space of acceptance for wherever you are.  Try to hold your own process with curiosity instead of criticism. Be present until your body, mind, and heart can fully embrace the sensations, the feelings, and the underlying fear.

With Black Jack this looked like me allowing him to discover me on his own terms and in his own time. After five minutes of bolting, snorting, and running in a blind panic, he eventually slowed down. He felt into my energy and presence and noticed that I wasn’t trying to chase him or change his behavior.This is when he got curious and out of his curiosity, a new connection arose.

Step Three: Begin to build a new experience and a new story, allowing the old one to fall away with time.

Black Jack and I came to know one another—moving together, breathing together, walking together. If I raised my hand quickly you can be sure that he would still bolt wildly to the perimeter of the pen, but I stayed steady in my willingness to connect with him while also expressing myself physically in ways that were natural to me. With a lot of time and repetition, Black Jack came to see that I wasn’t trying to hurt him. With these small steps, we began to build a new relationship.  Slowly his old behavior pattern of bolting began to fall away.

When I thought of the situation with my friend, I noticed my desire to create something new at work, my desire to clean the kitchen, my desire to listen to Eckhart Tolle and move into a bigger perspective rather than simply sit in my feeling of sadness. I felt like a scared horse inside and watched myself bolt around my inner round pen. Instead of channeling this feeling into action like I usually would, I became aware of my relationship to myself. I asked if I could care enough about my own emotional experience to slow down and acknowledge that I felt sad? The sadness mushroomed. I felt hot, teary and confused. I gave myself full permission to feel all of these things. When I became present to the many nuances of the sadness, it eventually shifted into anger.

Another friend was near and I provoked him into an intentionally playful wrestling match to move the energy. It was fun and powerful. As I had done with Black Jack, I gave myself a safe place to notice and accept what I was feeling and allow the emotions to be expressed in a way that did not harm me or anyone else. When we were finished wrestling, there was nothing left but peace, connection and gratitude for myself. It felt like my inner horse was now walking beside me with curiosity and interest, ready to engage in the next moment.

This powerful experience left me even more grateful for Black Jack, for mirroring back my own pattern and guiding me through how to transform it. Now, when I notice myself springing into unceasing action, I take a moment to check in with my own dear horse and ask what she is afraid to feel. By being present with myself I was able to follow the emotion, which ultimately led me back to a state of care and connection, and that’s all I was needing to begin with.

I’d love to encourage you to notice when your own frightened inner horse comes forward. Can you play with creating a safe space to be exactly where you are? Become curious.  How do you cope? What patterns do you use to navigate your world? Can you meet this awareness with compassion and self acceptance? With a little practice and kindness your coping patterns can transform into invitations to slow down and connect more deeply to yourself.