Discovering The Power of Your Presence 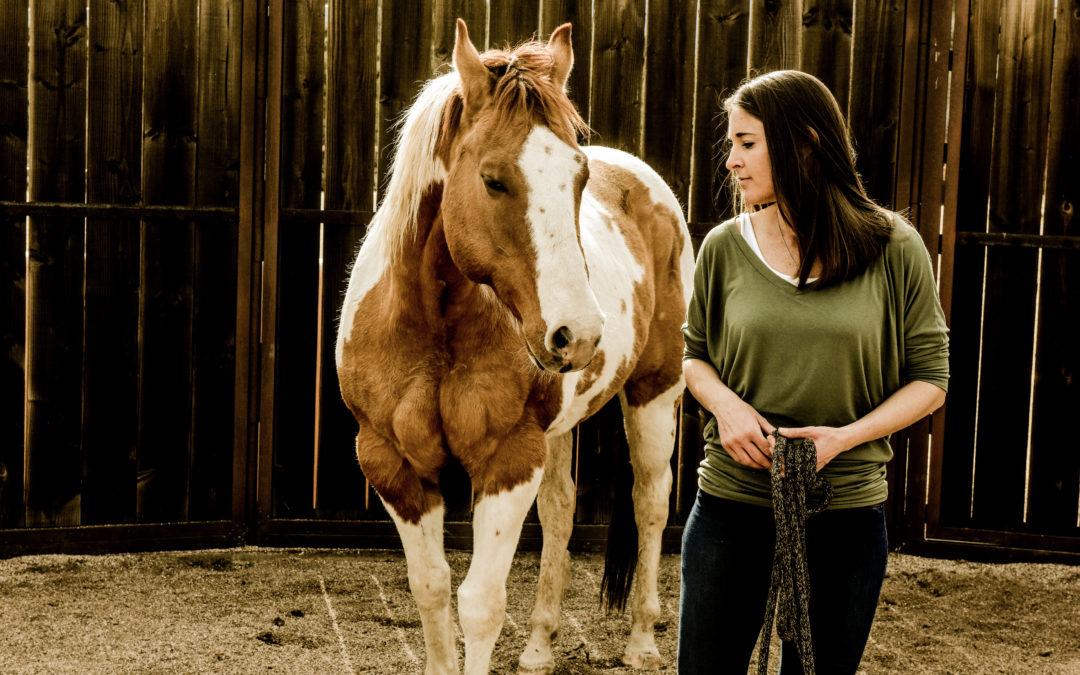 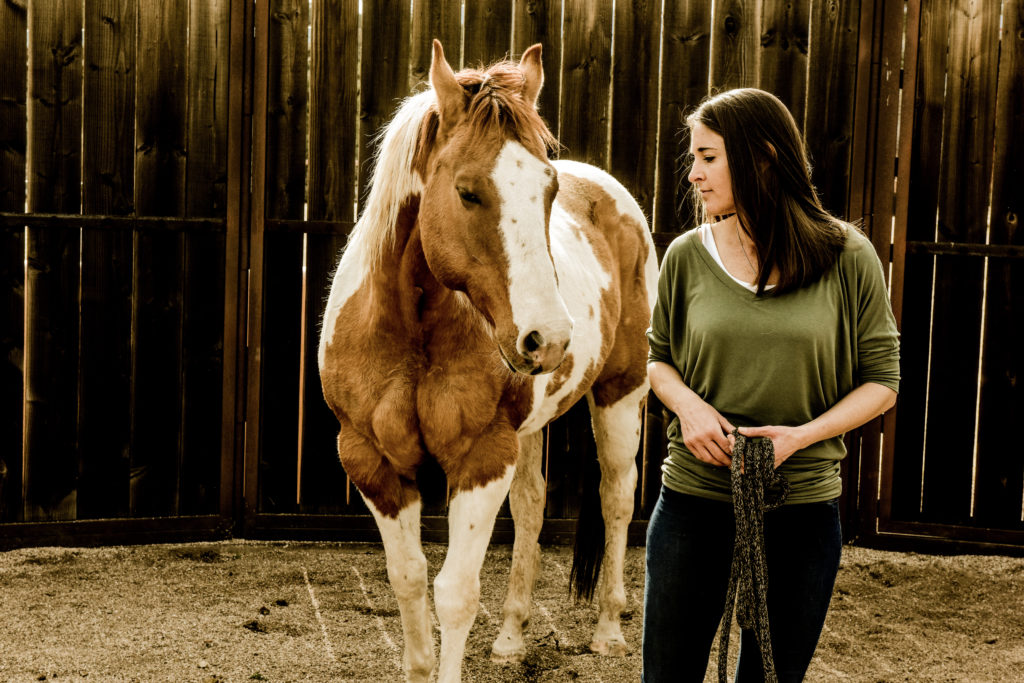 I’d love to share an experience I had recently that reminded me of the power of our presence. When I say presence, I’m talking about the simple and profound energy of who we are, embodied here and now. I was on the East Coast conducting a private equus coaching session with a client, Peter. Peter is a business consultant in the midst of expanding his business and wanted to work on cultivating new clientele. “Business has been going well, but I want to look at what I might be doing that could limit my ability to grow my team and client base,” he told me.

I invited Peter to step into the round pen to work with a blue roan-colored horse named Starlight.

Starlight was a 6-year-old gelding thoroughbred whose black coat was speckled through with white hair, giving him the blue tint of a starlit night.

“What intention would you like to set for yourself?” I asked Peter.

“I’d like to see if I can get Starlight to dance with me. I want to find a way to create enough trust and understanding that we can really play together.”

I told him great and we got started. Peter walked into the pen to greet Starlight. He pet the horse and they spent a few moments together smelling each other and moving slowly around one another. Then Peter picked up his pace and moved through the arena with gestures of playfulness. Starlight became curious at what his new friend was doing and joined in, following Peter around the pen. It was quite remarkable to witness Peter accomplish his intention with such ease and in such a short amount of time. The two of them moved beautifully together.

And then something shifted. Peter slowed down. I could tell he was thinking about something and he asked me several technical questions about the right and best way to invite a horse to play. “Is there a strategy I could be using or a special technique?” he asked. Confused at this new energy, Starlight stopped following and took his distance from Peter. “See I’m just not doing it right.”

I asked Peter if he noticed that the change in Starlight only happened when he started trying to think his way through the experience rather than follow his natural intuition. It had suddenly become much more challenging.

“That’s good though. I like a challenge,” he answered.

I tried to explain what I was seeing. When Peter began to overthink what he was doing, it created confusion and made Starlight hesitant to engage with him. Yet when he just showed up naturally as himself, the connection formed effortlessly and fulfilled his original intention. It didn’t need to be more complicated.

Peter was quick to make the connection to his human relationships. “I guess the same thing happens at work. I connect with clients pretty easily and they are quick to move forward on big projects a lot of the time, but it feels too easy. I feel guilty that I’m not doing more, so I try to find ways to add more value, but that often seems to create confusion and disconnection.”

“Maybe you don’t have to do anything more than show up and be yourself,” I coached. “Maybe your presence is enough.”

He seemed skeptical at this idea.

“Why do you enjoy connecting with Starlight?” I asked.

“What if Starlight feels the same way about playing with you?”

He took a deep breath, taking this idea in.

“Let’s try it again. Let yourself play without the idea that it’s supposed to be hard or challenging. See if you can relax into the truth that your presence is enough, that you already have the tools you need, that you already embody what it is you are looking for.”

Peter wasted no time cutting loose. He jogged, curved, and dogged around the space. Starlight followed him with delight and curiosity. The two of them made quite the pair, dancing around that pen together delighting in the simple but profound gift of each other’s presence. It was dazzling to witness.

I have thought about that scene often in the weeks since. It was such a beautiful illustration of the power of presence. Not presence as an idea of who we should be or what we should do, but presence as a visceral embodiment of who we are. Simple effortless being.

Peter was enough exactly as he was. Starlight didn’t care about the right technique or strategy for connecting. He cared about Peter’s energy and intention, the simple fact that he had shown up to play.

We have all come into this world with a unique energy signature and unique gifts to share. When we can drop our ideas of who we are supposed to be, we can let our radiant presence shine through and lead us into the mystical dance of life. This month, let’s ask ourselves where we’re trying too hard or stuck in an idea of how things should be, and see if we can simply drop into the ease of our own being, into the joy of our own powerful presence.