Developing an Awareness of the Relationship between Shame and Anger 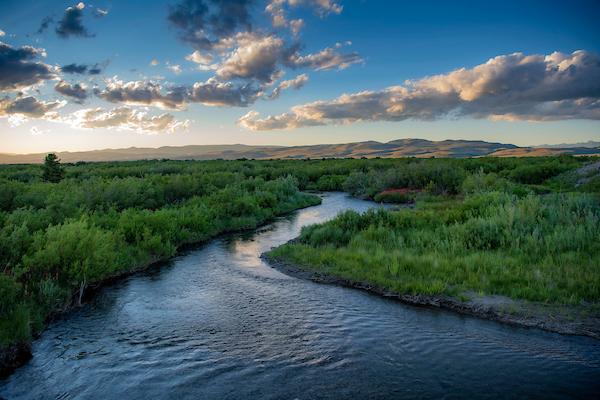 “There is nothing more important to true growth than realizing that you are not the voice of the mind – you are the one who hears it.”

This quote from Michael Singer’s book, The Untethered Soul, reminds us that not only do the critical voices of shame inside our minds not define who we are, they often stem from hidden or suppressed anger. Feelings of shame tend to conjure the thought I am bad whereas guilt will often sound more like I did something bad. In this issue, we will explore the way anger often manifests as shame and self-shredding and how we all have the capacity to disrupt this cycle through expressions of healthy anger that protect our needs and boundaries.

Culturally we don’t often dwell in environments that support healthy expressions of anger. As children, our needs were suppressed by a fear that expressing anger would result in punishment, censorship and shaming. This early conditioning quickly skews our relationship with anger and eventually permeates all facets of our lives as we age. Unexpressed anger rarely disappears without settling somewhere in our psyche. When anger gets thwarted, it frequently gets redirected into cycles of shame. Directing the energy inward or projecting it outward onto others is a subconscious attempt to reinstate balance. For examples:

In this blog post we’re going to explore the effects of what can happen when we unconsciously redirect our anger inward. Let’s explore this pattern more closely through the experience of one of my clients.

Many of my clients are unaware that at the root of their self criticism lies a hidden gem that can unlock their shame spiral – their unexpressed anger.

One of my clients, whom I’ll call Brenda, is a perfect example. Brenda reached out for support because she found interactions with other people overwhelming and utterly exhausting. A simple meeting with an acquaintance for tea would stir up intense waves of anxiety and send her racing to return home to seek comfort in a quiet space with her Golden Retriever, Molly. Brenda was inclined to isolate herself whenever possible and yet she also struggled with a deep feeling of loneliness. “I don’t like that I’m always alone but trying to spend time with other people can make me feel like I’m going to crawl out of my skin. I know it’s me.” Without pause Brenda stated emphatically, “I’m not the kind of person people like. I’m broken and flawed.”

Her quick spiral into shame and self criticism caught my attention.

As our work together continued, Brenda began to open up about some of her childhood experiences. While she recognized her mother did the best she could, Brenda also came to realize her mother had a strong tendency to dismiss or even neglect the needs of her children. If Brenda tried to talk about the bullying she experienced at school or her feelings of overwhelm in class, her mom would quickly dismiss her daughter’s struggle and shift the focus back onto herself. Through the lens of adulthood, Brenda was able to recognize that the many confusing and manipulative experiences she found herself in as a child seemed designed to elicit more sympathy for her mom.

As our sessions progressed, it was clear that Brenda had rationalized her way toward a logical explanation for her mother’s insecure behaviors over the years, which enabled her to describe the effects it had on her life from a mature, compassionate distance. Yet, there was still a part of Brenda that was being overlooked and left out of her rational adult conclusions. I sensed that this part of Brenda lingered in a preadolescent version of herself and was trapped inside the calm, patient and composed exterior she routinely displayed in her current stage of life.

To investigate my theory, I invited her to explore the matter more closely. “When you hold a picture of your mom in your imagination just now, take a moment to see what physical sensations you feel in your body?” I asked her. Brenda paused for a moment and closed her eyes. With some effort, she released the tension in her clenched jaw and said, “My chest starts to constrict and I feel like curling up into a ball. I feel like I want to disappear.” Brenda’s shoulders visibly pulled inward as her body followed the impulse to contract.

“Okay, good tracking,” I offered. “Take a moment to be fully present with the tightness and the impulse to curl up and disappear without trying to fix or change anything.” I gave a long pause to allow Brenda to bring her full attention to her felt senses. “If the tightness in your chest had complete permission to speak, what might it say?” Brenda drew a shallow breath, dropped her gaze to her lap and while sinking into a deflated posture she said, “It would say, I don’t matter.”

Again we took our time so that Brenda could really notice what it felt like in her body to be stuck in an experience where she didn’t matter. Then I continued with a few more questions, “Brenda when you tune in with the tightness in your chest and the voice that says, ‘I don’t matter,’ how old do you feel?”

Brenda looked up with a look of surprise and declared, “Oh! I feel like I’m eight years old again.” I invited Brenda to really take her time envisioning her eight year old self and what she may have genuinely needed during that time in her life. After a long silence Brenda realized that she needed someone to truly care about her. She needed to be seen and know that it was possible that her experiences could be just as important as her mother’s.

I invited Brenda to pause and reflect on what emotion she might be feeling in that moment. She raised her head up as a brief expression of confusion swept across her face. “Oh wow! I’m feeling angry.” She paused again, taking a moment to bring her attention to the sensations and subtleties of what she noticed in her inner world. “I’m actually really pissed off right now. Is that okay?”

Brenda wasn’t used to allowing space for her anger, so I reassured her that this was a very healthy emotion to feel. She was tentative at first to lean into her feelings of anger but, after a few more questions and interactive exercises together, Brenda’s whole body lit up with energy and aliveness. “Huh, I never allowed myself to feel angry towards my mom. Anger was not something we ever gave voice to in our household. We always pretended like everything was fine,” Brenda’s gaze lifted to meet mine. “Is it bad that this actually feels really good to notice my anger?”

Brenda’s fear that acknowledging her own anger would either hurt someone else or cause her to be punished is a common fear that surfaces for many of my clients. Rather than try to convince her otherwise, I invited her to explore a few somatic exercises so that she could experience for herself what it feels like to acknowledge and explore safe, constructive ways to express her anger. This could include getting in touch with where she notices the source of the anger as a felt sensation in her body and visualizing physical movements of aggression she would never do in real life, but giving herself permission to explore it through the safety of her imagination. Brenda took a moment to imagine her eight year old self having the courage to stand up to her mom and boldly confront her about how she really felt.

After several minutes of letting her anger be fully expressed by her inner child, I asked Brenda how she felt. “I feel like I can take a deep breath. Like I can finally speak my truth. My whole body feels alive and buzzing with tingling energy.” From here I guided Brenda to imagine her eight year old self meeting a friend for tea. “Let’s ask your inner eight year old what she needs in order to feel safe interacting with this friend,” Brenda looked at me and smiled. “Oh I get it, she needs to know it’s okay to feel her frustrations and give voice to her needs. She needs to know that she matters.”

In the weeks that followed, Brenda continued to pay more attention to the early signs of stirring anger. We outlined several safe constructive exercises and visualizations she could use to allow her anger to be expressed and move outward without harming herself or others. To her surprise, she slowly found herself more interested in going out to meet with friends.

When her inner eight year old discovered it was finally safe to feel and acknowledge her frustrations, the emotional energy could begin to flow in a healthy outward direction. The adult Brenda found the courage to share more openly about her own needs within her current friendships. Once Brenda formed a healthy relationship with her anger as an important early indicator of her needs, the plaguing loop of shame and critical inner voices she’d become so accustomed to began to dissolve. Her mind was no longer haunting her with a voice that said, there’s something wrong with me; I’m not the kind of person people like. Her body no longer had a need to control and contain her emotions. Her anger could become the ally it was always meant to be: the friend that reminds Brenda that she matters. Liberating her preadolescent self gave Brenda the freedom to see her adult self as equally important.

Brenda’s story offers a good reminder that when our needs and boundaries are neglected, anger is indeed a natural and healthy response. Oftentimes the early sensations of anger arise to let us know it’s time to express our needs and personal boundaries. Like Brenda, if our healthy anger is suppressed we can unconsciously redirect our anger into a shame spiral that unleashes a critical inner voice of aggression towards ourselves. This can sound like, “I’m bad. I’m inadequate. I’m wrong for feeling this way. There’s something wrong with me. I’m broken.” If you happen to notice that you’re putting yourself through an internal paper shredder so to speak, it could be an important sign that it’s time to make friends with your anger.

There are a few constructive ways to enable our anger to be acknowledged and expressed without inflicting harm on ourselves or others.

None of these expressions of anger mean you are a terrible person. It means you’re human with needs and boundaries that arise from time to time. I invite you to try one of these exercises the next time you notice yourself caught in a shame spiral. See if you can create an internal space to invite your own needs and boundaries to the party and weave them into all facets of your personal development work. You may be surprised to discover your anger has been there all along to serve you and restore a sense of balance and wellbeing.